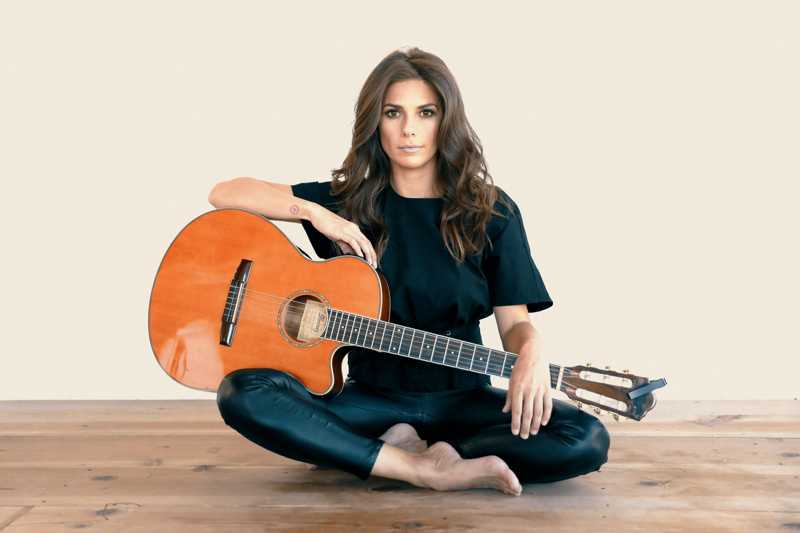 Disputes with the Pompano Beach City Manager’s Office have prompted festival founder and organizer, Luciano Sameli, to move the 9th Annual Brazilian Festival to Fort Lauderdale this year. The annual Festival was co-founded in 2012 by Luciano Sameli and former Pompano Beach Mayor, Lamar Fisher as a way to celebrate Pompano Beach’s vibrant Brazilian community and foster community across cultures. Since then, the festival has become the largest of it’s kind in all of Florida, attracting crowds from all over the United States, headlining internationally recognized celebrity performers. In 2019, the festival was headlined by Iza, a Brazilian pop powerhouse who was nominated for a 2018 Latin Grammy award. Icons of Brazil’s Pop Music such as Elba Ramalho, who won two Latin Grammy awards and was nominated for six, Marcelo D2, Cidade Negra, and Paralamas do Sucesso have also performed at previous editions of the Festival.

In 2019, The Annual Brazilian Festival invested $232,000 in Brazilian Suppliers, Contractors, and Labor. Over the past eight years, the festival has provided 3200 temporary indirect jobs, generating more than $40,000 to local institutions, contracted services from approximately 267 local businesses, helped more than 2100 local exhibitors with brand exposure, and generated more than $800,000 for local food vendors.

This year, The Brazilian community has been hit particularly hard by job losses, business closures, daycare closures, school closures, a decrease in available contract work and by the need to help their families back in Brazil where the Coronavirus has devastated further the already struggling Brazilian economy. Many Brazilians living in the United States are often distanced from their families, depressed, and lack social support. Artists, musicians and professionals in the entertainment industry are especially scrambling to survive these trying times when venues are closed, social distancing policies make exhibitions, concerts and events a challenge, and opportunities to perform or display art are slim. The Brazilian Community needs “hope”.

The 2020 festival was originally set for the weekend of Oct. 17 and 18 at the Pompano Beach Community Park. On July 28th, having safety always as a top priority, organizers contacted the department of Parks and Recreation to push back the festival date to November 28, Thanksgiving weekend. Parks and Recreations denied the request citing not enough labor during thanksgiving, and later, safety concerns due to the Coronavirus. This prompted immediate calls to Mayor Rex Hardin, City Commissioners Rhonda Eaton, and Tom McMahon who did not object to the request to change festival dates to sometime before the end of 2020. Unfortunately, the Pompano Beach Parks and Recreation department denied three subsequent requests for new dates. Organizers asserted, from day one, that the festival would take every precaution to keep festival-goers safe and that the Broward County restrictions would not prohibit the festival from taking place. Other festivals being held with safety precautions in Broward County before the end of 2020 include the Fort Lauderdale International Boat Show, the Las Olas Art Fair and the Air Show.

Some iteration of the festival — be it limited with extra Covid safety precautions, or as a virtual festival online — is possible in 2020. Thus,  the 9th Annual Brazilian Festival is confirmed for Dec. 12 & 13, at Huizenga Park in downtown Fort Lauderdale.

On Dec. 1st, organizers will follow county guidelines to make the call as to whether or not it is safe to host the festival live and in person, or if the festival will be held virtually. Either way, organizers state, “the show must go on.”

In a certified letter written to the Pompano Beach City Manager, dated Sept. 18, Sameli said it is the right thing to do. He rebuked the City Manager’s decision for denying the festival a chance to be held safely in 2020 either in person or virtual format and said, as a result, the city manager is attempting to “demolish 9 years of Festivals.”

As a result of the Festival’s inability to confirm a new 2020 date, since July 28th, either as a live “safe” event or virtual event, the festival incurred irreversible damages, lost a $25,000 sponsorship from a large donor, many exhibitors, and has not been able to secure other key event sponsorships or advertisers, which pay for the bulk of the festival’s operating budget. In addition, Sameli said he feels badly for the local small businesses and vendors who were counting on the festival for their own livelihoods.

“We must have an opportunity to honor in part, all the support, love, confidence and incentives given by donors, and the loyalty of members of the Brazilian community who rely on the festival, arts, culture and events,” Sameli said.

While the date dispute was the final straw, it was not the first point of contention with the City Manager’s Office. The festival’s relationship with the City first became strained in 2017 when the City Manager vouched for another Brazilian Festival at the same location, which goes against the license agreement clause, “conflict of interests”. Then, in 2019 when the City Manager pushed for a strictly one-year licensing agreement for the 2020 Brazilian Festival, when contracts had been in place for five years. The Annual Brazilian Festival was treated unfairly as two other large events held in Pompano Beach, the Seafood Festival, and a new beachside music festival, were granted five-year license agreements. The one-year agreement severely impacted the ability to maintain long-term partnerships and plan for fixed expenses and vendor contracts. Sameli said he agreed to the one-year license agreement “as a gesture of respect to Pompano Beach Mayor Rex Hardin’s personal request to cooperate. “The Assistant City Manager Earl Bosworth basically obliged me to sign a 1 year contract”, said Sameli.

The relationship with the City Manager’s Office was further strained when the Assistant City Manager, Earl Bosworth, sought bids from other vendors, and events management companies all over the United States to host the Brazilian Festival, which Sameli said is not owned by the City, but is a partnership, and rather a registered trademark. “Though the festival was started in 2012 with the support of the City of Pompano Beach and has been held at the Pompano Beach Community Park, the Festival has always been our property, not that of the City”. The City of Pompano Beach provides only “in kind services”, Sameli drew comparisons to the Tortuga Music Festival in Fort Lauderdale, the Ultra Music Festival in Miami and the Seafood Festival in Pompano Beach. None of these events, he pointed out, were required to bid on their own trademarked events. Sameli said he felt he was being “pushed out of his own creation, which he invested all he had, as a gift to his community, and dedicated nine years of his life to building.”

Bosworth and the Parks and Recreation department also required, out of nowhere, that the Brazilian Festival be internally audited, and submit documents within a seven-day period, in the midst of the Coronavirus pandemic. The timeline was impossible due to vendors, CPAs, independent contractors and suppliers that were in lockdown because of the pandemic in March.  The City has absolute access and copies to all the expenditures, and to pennies on the dollar for the previous 8 years.

Again, the Brazilian Festival cooperated with the City.  The internal auditor for the City, Mr. Deusdedit Kiyembal found absolutely nothing wrong after many Zoom Meetings.  “We have nothing to hide, we get no kickbacks, do not engage in over-pricing, do not operate illegally, but in fact we raise the funds needed for the best Brazilian Festival in Florida, aimed solely to support the Community,  and put the City on the map,” wrote Sameli in a letter to the City dated Sept. 18, 2020.

This string of disputes with the City Manager’s Office were disheartening and disturbing. “We believe the city manager should believe us more, motivate, give us hope, a chance to recover or show he cares about our small businesses. We need to try and do this festival. And, this means empathy and compassion we haven’t seen from the City Manager’s office. As a gesture of gratitude to fans, donors and sponsors, as a symbol of recovery,  and hope, the festival will be held safely in Fort Lauderdale”, said Sameli. The 9th Annual Brazilian Festival will follow every recommended safety precaution including enhanced sanitation and disinfecting procedures, adopting mandatory use of masks, implementing temperature checks at the main gate, and extremely limiting the number of patrons in compliance with CDC guidelines, and Broward Executive order 20-21. The 9th Annual Brazilian Festival is a Safe Covid-19 Event, a much smaller event, headlined this year by local artists in need of help, and will require all local vendors to sign an agreement to abide by all Covid compliance precautions.

More information about this event can be found in our Local Events listings: 9th Annual Brazilian Festival comes to Fort Lauderdale