Ticket to the Moon

Chicago Blues, Roadhouse Blues, Delta Blues with a little Blues flavored Classic Rock and some good old fashioned R & B with a dose of some serious funk thrown in for good measure!

The Hoodoo Blues Band  has performed at many of South Florida's finest establishments. county fairs, municipal venues and large outdoor venues as well as performing at many local charity events as well.

ERIC AUSTIN: Lead Guitar & Vocals.
Eric Austin is one of South Florida's premier Guitar players. His vocals are smooth as glass and seem to be tuned just right for the Blues.
Eric was born in Miami Florida and spent time in North Carolina and Georgia. He came back home to Miami in 2002 and has been here ever since.
Eric's been singing all his life and started saxophone at an early age, by the time he graduated high school Eric decided Guitar would be a better match for his voice. With some inspiration from John Lennon, Eric proceeded to self-teach himself the instrument and was obviously successful.
Eric has shared the stage with, many well known musicians including John Hammond Jr., Taj Mahal, Susan Tedechi, Joan Jett, Tinsley Ellis, Jerry Reed, Ben Orr, Liberty DeVito, Johnny Winter, Derek Trucks, Angela Motter, Jerry Peek, Bruce Kulick, Willie "too big" Hall, The Georgia Satellites, Andrew Black and local acts from the Southeastern USA and Texas.
Eric lives with his wife and son in North Miami and the Hoodoo Blues Band is happy to have him in our lineup.

AL "SOUL-SAX" FERRIERA (aka "Big Al) Tenor Sax, Baritone Sax, Flute & Vocals
Al Ferreira was born & raised in Long Island New York.
His early years were spent playing in local clubs & the greater New York area as well as touring Europe.
Some of Al's idols and influences were King Curtis and Sam “The Man" Taylor.
Al has shared stages with the likes of Ben E. King, Bo Diddley and countless others.
In 1985, Al relocated to South Florida. His first Florida gig was with the late Fleetstarbuck Blues Band and ha hasn't looked back since. He has been with the Hoodoo Blues Band since 2009.
Al brings not only a righteous Blues vibe to the band, but he also brings his own brand of R and B and some Soul as well.
.
JIM "DUKE" KELLEY: Bass Guitar & Vocals. Jim is a South Florida Bass Stalwart and one of the original members of the band. Jim was born on the South Side of Chicago and was raised in the State of New York. Jim was inducted into the Rochester, NY Music Hall of Fame on April 28th, 2019. At this point in time, Jim has played in over 3,200 gigs, has appeared on 20 albums and has 64 published original compositions most of which have been written on the piano. Although his parents were not musicians they were great lovers of music, so Jim was raised in a household with consistent great music playing in the background. His first musical instrument was the trumpet. After that he played the drums and one fine day he discovered his attraction to the Bass Violin and it has been all bass ever since. Down through the years Jim has been blessed to be surrounded by many fine musicians especially in New York and he got to tour extensively through the United States with many of the big names. Jim was considered to be a trend setter many years ago when he pretty much introduced the fret-less electric bass into the musical mix. Jim moved to South Florida in the early eighties and has played with most of the better players in this region. Jim is happily married to a very sweet lady from Brazil and has five incredible children and three grandchildren. Jim is very proud that his youngest son as well as a grandson both play the bass. No DNA testing required. "I am very excited to be playing with the fine unit of musicians that make up The Hoodoo Blues Band. This band has solid players at every position".

"HOODOO" GEO: Drums & Vocals is our Band Leader. A Boston area transplant who has been living in South Florida since 1975. Prior to that, he was a High School Band member and remembers his first paying band in 1963, "The Novas", where he was paid $25.00 for the gig. A lot of money back in the day. Geo was planning to attend Berklee College of Music in Boston after High School, but got sidetracked by a draft notice. He serving tours in Germany and Vietnam with the U.S. Army from 1967-1970. Ever the musician, In Vietnam, he actually had a hand-me-down Rogers drum kit left over from a USO show given to him by a departing fellow soldier. Now, Geo has settled into his place with the Hoodoo Blues Band making "Blues That Rocks".

The Samantha Russell Band is a high-energy rock and pop band (with an occasional country song) with tons of experience keeping the dance floor hopping at private parties, shows for municipalities, corporate functions, festivals, and bars/restaurants/clubs. We would love to bring our brand of music and fun to your party, venue, or special event!

Since 2010, The Samantha Russell Band has been rocking stages including SunFest, Fourth on Flagler, SeaWorld, Country Thunder Music Festival, Margaritaville Hollywood Beach Resort, Hard Rock, and more. The band has opened for national acts such as Dierks Bentley, Chicago, The Marshall Tucker Band and many others. With Samantha’s wide range and the passion with which she sings, her smooth and pitch-perfect voice is unique on the South Florida music scene. Backed by experienced, professional musicians and top-of-the-line equipment, The Samantha Russell Band is the best choice for delivering high-impact, memorable entertainment.

Check out our schedule of live shows and come groove with us. We promise you’ll be dancing and singing along! 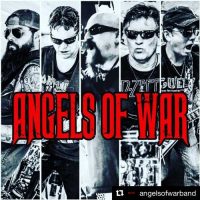 Angels Of War pays tribute to classic metal and hard rock bands from the following artists and more:

Nick Orr and the Spectrum is a rock group that plays rock and roll with such passion and enthusiasm you'd never know they're in their teens and early 20's. The group features Nick on lead vocals and drums, Kyle Zindman (aka Dr. Slide) on guitar and bass and Sebastian Silva on bass, guitar and vocals. The 'spectrum' also includes a number of very talented musicians who vary at each gig. The band plays many different styles of music ranging from Led Zeppelin (their specialty) to Janis Joplin to today's sounds like Bruno Mars and the Black Keys. They also write excellent original songs which you can find online and on their social media. 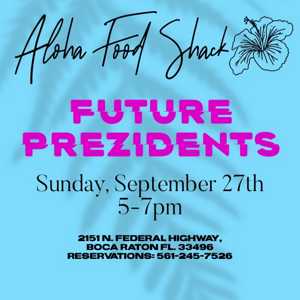