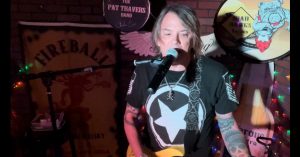 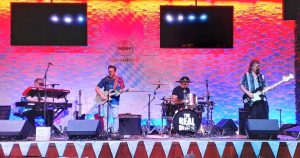 The Real Deal
All the Best Classic Rock & Soul That Nobody Else Plays!

The Real Deal is a four-piece classic rock & soul band comprised of Bill Sunkel (keyboards, guitar, vocals), Tony Spatarella (lead guitar, vocals), Rob Sunkel (bass, vocals) and Joseph “Joey G” Galvin (drums, vocals). From their humble beginnings in The Bronx, Bill, Tony and Rob first joined forces in rock bands Pariah, The Eyes and Desperate Measures, performing their original songs at iconic NYC venues including The Ritz and The Bitter End, recording for legendary label Laurie Records, and enjoying radio airplay on progressive FM radio stations. They have written songs with Rock’n’Roll Hall of Famer Felix Cavaliere of The Rascals, opened shows for headliners as stylistically diverse as The Little River Band, Michael Bolton and Lou Christie, and shared stage and studio with many of NYC’s finest session musicians and artists (including members of Blood, Sweat & Tears, Hall & Oates and Foreigner). Now, they have returned to their roots, playing the greatest songs of the 60s, 70s, 80s and beyond in their new Florida-based cover band, with a vocal and guitar-driven sound guaranteed to make audiences get up and dance.

They have been called “a tribute band for every artist they play,” capturing the energy and spirit of the greatest rock artists of all time. As audiences from Vero Beach to Miami lose themselves in a curated setlist featuring songs from The Beatles, The Beach Boys, The Kinks, The Rascals, The Zombies, The Hollies, Queen, The Spencer Davis Group, Deep Purple, The Who, The Doors, Creedence Clearwater Revival, Three Dog Night, Van Morrison, Joe Cocker, Todd Rundgren, Santana, Chicago, Badfinger, Edgar Winter, Led Zeppelin, The Allman Brothers, Steely Dan, Bruce Springsteen, Elvis Costello, Nick Lowe, Stevie Ray Vaughan, Ray Charles, Percy Sledge and a trunkload of the coolest one-hit wonders ever, they will know one thing without a doubt: These guys are “The Real Deal.” 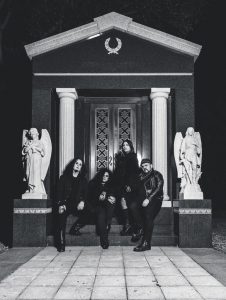 Obsidian is a musical group from Wilton Manors, Florida, USA, and was originally formed as a creative outlet for the various members to deal with their own traumatic experiences and existential epiphanies. The group originally formed in 2018 evolved into the current four-piece version consisting of Missy Mortis (Guitars, Vocals, Primary songwriter), Dent A Gon (Bass Guitars) Chuck Loose (Drums and Percussion), and Kathy D (Synths and Keyboards).

The group's style has been described as "post-punk", "goth" and "death rock" and combines a fierce love of rock music with darker electronic and esoteric elements.

We’re here to make you groove. We’re happiest when people are dancing
From Santana to Clapton and Sublime to The Beatles. Mix in some Tennessee Whisky and Eagles. 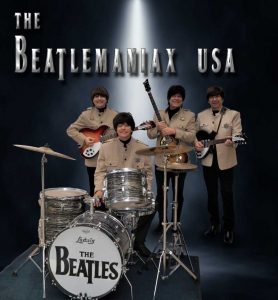 Considered one of the most authentic Beatles tribute show in Florida, The BEATLEMANIAX-USA perform the Beatles classic songs from their “touring years”, 1962-1966 and recreate songs from the “studio years” 1967-1970 which were never performed in concert by The Beatles themselves.  The arrangements have been kept as close to the original recordings as possible and all members are featured during the show. They perform the hits as well as the beloved songs that should have been hits, thus giving their audience a wide variety of Beatles classics.

The music is performed live with no aid of pre-recorded tracks, except in select numbers, where sound-effect tracks are added to retain the feel of the original recording. The level of authenticity is unparalleled when it comes the arsenal of instruments and backline used to recreate the feel of the 1960s Beatles show. Rare-to-find guitars and amplifiers are featured in the show, as used by the Beatles live and in the studio. Better Strangers is an intersectional experience that blurs lines and disregards categories. It is abrasive and uncompromising. It is dynamic, authentic, and expansive. Its' members hail from different corners of the world, as its' music draws from the different corners of human creation in a unique synthesis of genres. Influenced by the best elements of hard rock, psychedelic, hip hop, metal, grunge, progressive, and shoegaze, Better Strangers occupies its' own space within the continuum of music - while paying due respects to the giants on whose shoulders it stands. Better Strangers is bringing it back by pushing it forward.

Drummer Nic Collins, is well versed, but that's understandable given his father is Phil Collins. The rest of the group is just and fantastic and super talented!