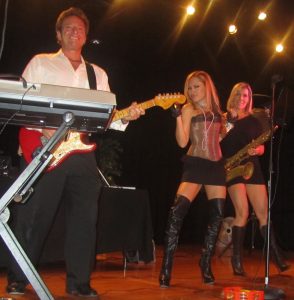 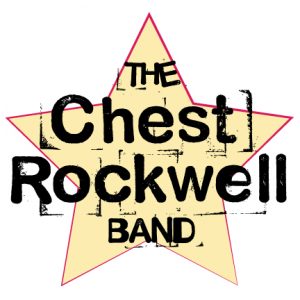 Chest Rockwell was formed in 2012 from the ashes of multiple bands. With music ranging from Red Hot Chili Peppers, Oasis, & Radiohead to Gorillaz, The Stokes, & Foster the People, we are bringing our blend of popular 90's Alternative & Rock through today's Modern Rock to the South Florida scene. 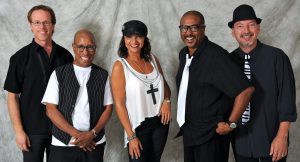 Formed in early 2009, Tuxedo Jesus is a 4-piece, all cover rock band based in Ft. Lauderdale Florida. The band consists of founder Phil Alexander (Drums/Vocals), Larry Sheldone (Lead Vocals/Rhythm Guitar), Diego Saa (Bass/Vocals), and Don "Mr. Excitement" Wolf (Lead Guitar). With a songlist that caters to virtually anybody's musical taste, the rhythm section of Alexander and Saa is tighter than any other you may hear, which perhaps justifies the partial belief that they were both tenants of the same womb! Phil Alexander plays drums with intensity, but he knows how to pick his spots and lay back tastefully when any song calls for it. He also provides vocal harmonies, and sings lead on a handful of songs. Diego Saa is the newest member of the band, but make no mistake, he knows his way around his bass, and he provides some of the best 3rd part vocal harmonies around. His energy and talent, is the perfect compliment to Alexander's drumming style, and he is a very intigral part of the TJ line-up. A huge asset to Tuxedo Jesus, Don "Mr. Excitement" Wolf, is the youngest member of the band, an FAU graduate with a music degree, and one of the funniest people you will ever meet! His guitar skills are so impressive, that it's become normal to see people raise their eyebrows when they see and hear him play. His solos are jaw-dropping, and seemingly effortless, yet tasteful and extremely effective without being overbearing. Larry Sheldone is the fearless frontman. He demands the crowd's attention when the band is performing, and he loves to include the audience in each show. Also providing rhythm guitar, Sheldone adds depth and fullness to TJ's overall sound. The band's live shows have something for everyone. Whether you're a fan of late 70's music, 80's retro music, alternative music, punk/pop music, or just a fan of live music in general, you will be pleasantly surprised and entertained by Tuxedo Jesus. The band has a very interesting and unexpected songlist with some old favorites thrown in for good measure. Tuxedo Jesus prides itself on entertainment, attention to detail, rock solid musicianship, and a dedication to the craft of music. Tuxedo Jesus has a full PA system, and is available for club shows, private parties, city/county festivals, corporate functions etc., and can be found online at www.tuxedojesus.com. 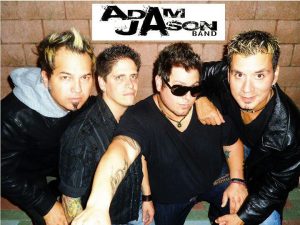 A gifted artist in every sense of the word - Singer, Songwriter, Guitarist, Bassist, and Performer - ADAM JASON skillfully blends unfailing melodic and organic Pop sensibilities with a unique understanding of Rock and Roll in its rawest form. 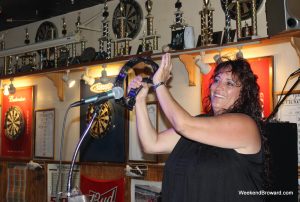 Playing the best of 70's Classic Rock, Funk, Blues, and Zeppelin! Here is a sample of what you can expect to hear: