Payback Band is a long established local band playing all the popular nightspots in and around Broward County. We are a four piece band plus a dynamic female vocalist who can Rock the house or do popular Country with equal appeal.
Sample Set:
It’s 5 o clock Somewhere
I Feel the Earth Move
Don’t Rock the Jukebox
Black Magic Wam
Rocky Mountain Way
Southbound
Brown Sugar
Your Mama Don’t Dance
Come to My Window
Stop Dragging My Heart Around
Get Ready
Soul Man 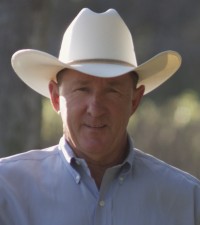 The Best in Country Music

The Jamie Mitchell Band is unique beginning with Jamie Mitchell’s style in singing . Jamie has a unique voice, and is up there with “The Greats in Country Singers”. These guys are a “great country band” but we can rock the place too!

Two trains carrying Four musicians were traveling in opposite direction, one a Classic Rock Band and the other a Country Band. When they collided the final result was a band called Rough Shot!

ROUGH SHOT the Classic Rock /Modern Rock and Blues Rock band will keep you Rock-in to hits from Stevie Ray, Bad Co, Queen, REM, Kings of Leon, Greenday and AC/DC among others. YES ROUGH SHOT is a band that can play it all and play it all well. Whats our secret? Jason Van Wie is schooled in Country music And Rock Music. The Band ROUGH SHOT was born.

ROUGH SHOT consists of four talented members, closely knit and well versed in their musical selections. Fronted by Jason Van Wie on guitar, lead vocals. ROUGH SHOT provides a unique magic on stage rarely found in a band of this magnitude. Mike Spencer on Keyboards and Bass Player Paul Kasin rounds out the vocals, harmonies and solid pocket bass foundation. The driving force behind ROUGH SHOT’s show and sound is super talented 16 year old drumming sensation Bryce Kretz. Becoming ROUGH SHOT’s official drummer at barely age 12, Bryce has rocketed to national attention in just 2 short years. Bryce’s drumming influences stem from the cream of the crop of Nashvilles most highighted drummers and has provided ROUGH SHOT with the power and big beat that puts their show over the top. Just watching him perform is show all by itself. 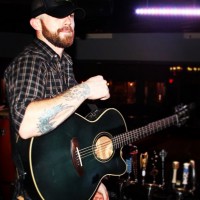 Chad Gregory is a singer, songwriter, musician currently based in Palm Beach County Florida.. performing anything from his acoustic heartfelt originals, to putting his own southern spin on anything from Bob Marley to Bob Dylan. Chad introduces instrumentation such as piano, violin, mandolin, harmonica, melodica, saxophone, trombone, trumpet… depending on the night of the week, you never know what tasty players might show up to play along. 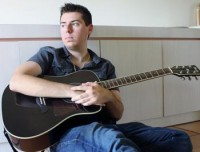 T.J. Cronin is an up and coming country recording artist based of out Ft. Lauderdale Florida.  This 4 piece band covers all of the biggest country radio hits from Jason Aldean, Luke Bryan, Florida Georgia Line, and Blake Shelton.

Examples of songs covered:
Take A Little Ride by Jason Aldean
Drunk On You by Luke Bryan
Anywhere With You by Jake Owen
Drink In My Hand by Eric Church
My Kinda Party by Jason Aldean
Kiss Tomorrow Goodbye by Luke Bryan
Cruise by Florida Georgia Line
Bottoms Up by Brantley Gilbert
Runnin’ Outta Moonlight by Randy Houser
Hard To Love by Lee Brice
Who Are You When I’m Not Looking by Blake Shelton
The One That Got Away by Jason Aldean
Round Here by Florida Georgia Line
Yeah by Joe Nichols

Whisky Six is a modern country band that plays everything from soft ballads to toe tapping rocking country.

Sample Set List:
When She Says Baby
5150
Getting You Home
I’m Gonna Miss Her
Barefoot Blue Jean Night
Folsom Prison Blues
All My Friends Say
Friends in Low Places
Make Me Wanna
Chicken Fried
Gone
Aw Naw
That’s My Kinda Night
County Girl
Knee Deep
My Kinda Party
The Fireman
Am I The Only One
Boy’s Round Here
I Think She Loves Me
Seminole Wind
Keep Your Hands To Yourself
Drink In My Hand
Beer For My Horses
Brokenheartsville
Toes
The Ride
Kiss Tomorrow Goodbye
Fast As You
Take A Little Ride
Anywhere With You
What Was I Thinkin
Drink To That All Night
8 Second Ride
Cruise
Song About A Girl
Wagon Wheel
Mind Your Own Business
Good Directions
Up All Night
She’s Country
Parking Lot Party
All Summer Long