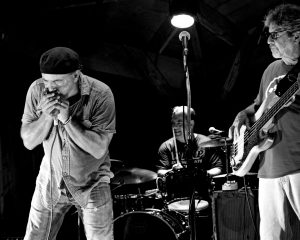 We’re not very focused … the “rule” of the band is to only play songs that we wrote or love or an audience member wants to hear. There’s enough material there to choose from. We come to play, usually dividing an evening into two sets with a short intermission or playing straight through for shorter shows. 2017, we released our debut CD, “Look UP” with 12 original songs. We usually play in Broward or Palm Beach Counties but go up the coast and soon, across to Ft. Myers…. 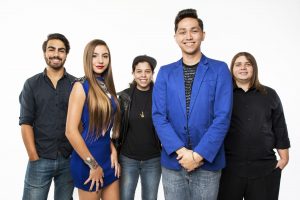 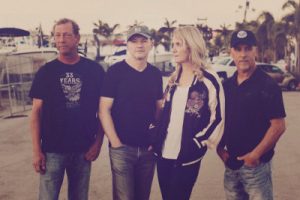 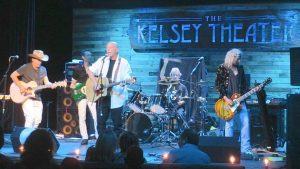 The Cravens are an original rock band that is singer/songwriter oriented with a “Stones” feel! The Cravens recently released their debut CD “On The Line”! We play some classic rock covers such as: Steppenwolf, T-Rex, Free, Stones, Cash etc. depending on the venue.

The Cravens are an original band that is singer/songwriter oriented with a “Rolling Stones” feel consisting of John Storch on vocals, acoustic guitar and bass; Bill Storch on vocals and acoustic guitar; Ron DeSaram on Electric Guitar and Bill Meredith on drums. The Cravens are a concert band performing songs ranging from Rock to Ballads with a few covers thrown in and are known for their storytelling and audience participation!  You might expect to hear some classic rock covers such as: Steppenwolf, T-Rex, Free, Stones, Cash etc. depending on the venue.

Discover more about the band online:
http://www.cravensongs.com
Flag Listing
Brothers of Others

Brothers of Others is a rock & roll trio based out of Miami Beach, FL. The group averages 180 performances each year ranging from festivals and clubs, to baseball stadiums like Fenway Park. Whether it is the Star Spangled Banner at a ballpark, an energetic acoustic show or an original composition, audiences are engaged and entertained. Live performances showcase each individual member’s musicianship as they rotate effortlessly between instruments.

Aside from regular touring, Brothers of Others is a mainstay in the corporate events market, performing privately at upscale locations for including the Ritz-Carlton Laguna Beach and The Maidstone Club in East Hampton for the Hampton’s Film Festival. The group has held long-standing residencies with hotels Ritz-Carlton South Beach, Boca Raton Resort, Mandarin Oriental Miami, Loews South Beach, 1 Hotel South Beach and more. These have established the group an international fan base. Note: the band plays approximately four weddings each year.

In their recent release titled Space (2017) available on iTunes and a previous album titled Songs of Ours (2014), the band’s music evokes the energy and flair of great American and British rock bands. Endorsements include: Gibson guitars, D’Addario strings, Paiste cymbals and Promark drumsticks.

Brothers of Others win over audiences by pouring all of their energy into every performance. The band regularly plays four-hour shows. They even hold a personal record of a full length show, plus two and a half hours of encores, and no breaks…yep, six and a half hours of rock and roll to soothe the soul.