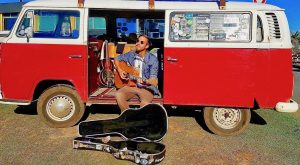 Empowering music for the soul, delivered with passion and entertainment that makes you laugh, smile, and dance

A fusion of styles and sounds that transcends decades and generations, each show is a shot of good vibes with a healthy dose of laughs, entertainment, and passion filled music delivered with a voice that could win American Idol winner!

Johan Danno has been described as a mix of John Mayer, G Love, Dirty Heads, Bob Dylan and Ben Harper. Returning to Dada’s due to popular demand, they will be performing his originals along with a collection mash-ups of songs covering classic’s to 90’s and current across reggae, rock, alternative and folk rock.

Recently returning home to South Florida after 8 years across Australia and 9-months performing across the USA, Johan’s was named ‘1 of the top 5 songwriters of Australia’ and is described as a ‘conscious brew of good vibes, passion, and inspiration the world needs now more than ever” (Chris Culnane, Daybreaker Fest). Constantly on the road performing across South Florida solo or in a band, his shows appeal to audiences young and old, engaging and involving the audience with songs you know and love to sing with originals you’ll have stuck in your head for days.

Free spirited individuals born from the Latin grooves of mother’s legs and the soulful jazz of your sister’s hips…
We feel, love, live, and vibe with you through the tropical and earthy sounds impregnated in our hands and voices.
We just want to free your mind as your soul follows!

In June of 2011 TAMBOKA embarked on the journey, developing its sound and spreading its wings. Over these years, the band has faced trying times and through these strifes, they have managed to hold strong to their true purpose to interpret raw emotions through a mutual percussive passion.

By 2012, The band had cultivated a massive 11 musicians, from all corners of the globe such as Colombia, Cuba, Venezuela, México, Puerto Rico, Haiti, the U.S and even Poland. Instrumentation was also expanding using Congas, Cajon,Tambora, Sax, Trumpet, 2 Guitars, Charango, a violin, an MC and 3 female vocalists. TAMBOKA was a powerhouse of far-out flavors and eccentricity! The renaissance was begging for this group as they made appearances in Miami’s popular local venues. Fueling audiences and filling houses. Their vision was set in motion.

By 2013, with only 4 original founding members, the band took on a new sound, Gypsylatin, and eventually grew to a solid 7 members

In 2015 the band was invited to perform in the Virginia Key GrassRoots Music and Dance Festival.  From 2015 through 2016 the band grinded out hard studio time, perfecting recordings in hopes to advance travel opportunities. TAMBOKA’s EP for their album Gypsy VooDoo. The album is a reflection of every experienced triumph TAMBOKA has surpassed on it’s life’s journey. Encompassing New and old friends, and enlightening the connections between each and every human animal. TAMBOKA believes that music is most genuine when it can be created and expressed with a mutual admiration for one another to keep music flowing organically. The group’s musicians have come, gone, replaced, and recycled yet their contributions are spirits that forever echo through the mind of TAMBOKA’s music. What makes this group special is by the heart work put in and the music put out. TAMBOKA views all unique energy that touches or inspires their music to be a permanent chapter of it’s life story.

Today TAMBOKA is still thriving as free spirited individuals, born from the Latin grooves of mother’s legs and the soulful jazz of your sister’s hips. Taking the spotlight to love, live, and vibe with you through the Gypsy Latin vibrations impregnated in there hands and voices.

“TAMBOKA is a spontaneous combustion of Alma y Oro! We just want to free your mind as your soul follows!” -TAMBOKA 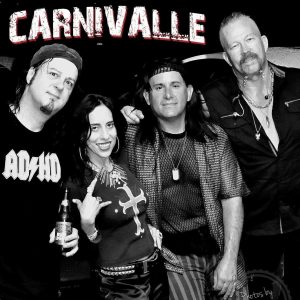 Carnivalle is a South Florida based Rock Band formed in 2016.  Minutes into the first rehearsal it was clear that this would be an enduring and exciting project.

Top of the line PA, Sound Engineer, Lighting, and Effects available or can be provided by the venue.

A Good Rosé is about us doing what we love because is our passion, other than that we wanna help our generation and the next generation, we wanna plant a seed in them of great music, of actual music, delivering a positive message with good vibes and sounds as well as lyrics, is all about staying united and having a sane mind, and life.

A Good Rosé is an alternative rock/alternative metal band formed in September of 2017 by childhood friends Angel Valenzuela & Victor Alfonso Huipio, in Deerfield Beach, Florida.  Drummer, Debs Rosa, and bassist, Juan Moreno joined in early 2018. The band fuses rock with a variety of genres commonly found in the beaches of South Florida. AGR’s music taps into the polarized emotions of current events (Paradise), the classic love ballad (New Vice), and dares to tap on darker perspectives and touchy subjects like the afterlife (Awakening). 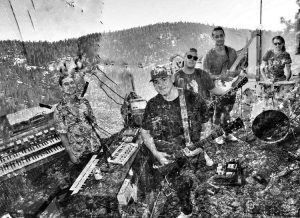 For over Ten years Odd Stars have been writing and creating their own unique variety of some combination of funk reggae and rock. With deep roots in the blues and a perpetual strive for new sonic experiences, Odd stars have been called such things as a “delight” “awesome” and “if good vibes were people”.

A Good Rosé is about us doing what we love because is our passion, other than that we wanna help our generation and the next generation planting a seed in them with our music, delivering a positive message with good vibes and sounds as well as lyrics, is all about staying united and having a sane mind, and life.

A Good Rosé is an original Alt-Metal band.