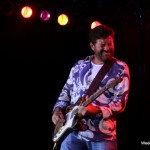 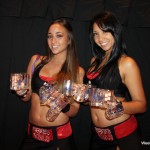 This year was not the first time I had attended the Blues, Brews and BBQ event at the Coconut Creek Casino but it really felt like the first because it was such a different experience for me. First off, the main event stage was moved inside to the Pavilion venue inside instead of being held under a tent outside of the casino.  I remember seeing lots of smaller bands in the middle of the casino floor last year with more popular bands on the outdoor stage.  Secondly, I was given a media pass so that I could sample all the beers and food that was available for sale by the various BBQ vendors. 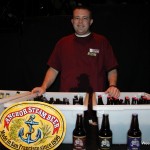 Normally, I don’t write post-event reviews but I had so many thoughts running through my mind that I wanted to share it with everyone who attended and those who missed this event. First off, I loved the thought of having unlimited beer samples included with the tickets to this day-long event. I loved the fact that the beer was NOT Bud, Miller, Coors or lite versions of all of the above. Instead, I got to sample beers I have never heard of from all over the world. The tiny little beer mugs given out by beautiful models at the door was a nice touch! 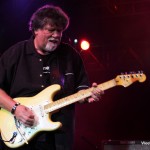 Since I could not stay all day, I came during dinner time so I could catch two of the acts AND enjoy the barbecue samples at the same time. I am not an expert on the Blues scene but I enjoy the music without being really familiar with the artists. The first act I caught was Bonerama with special guest Dave Malone of The Radiators. 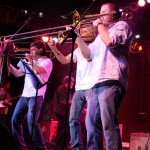 There’s something special about a horn section that adds flavor to music of any style. Unlike your standard 4-piece rock band, these guys made the most of the large stage and presented themselves in style with every musician profiling his talent gracefully. 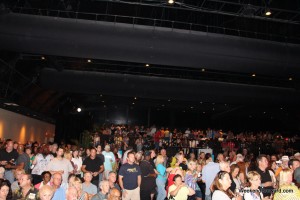 Although I loved the stage size, lighting and great sound, my greatest concern was over the standing room only space given to those who paid for general admission tickets. The VIP ticket-holders were given bleacher seats which took up about 50% of the hall. It must have been difficult to calculate in advance how many people would buy the $25 general admission versus the $50 ones but, in hindsight, they will either have to find more room next year, put more seats into the general admission side or people will have to fork over the extra bucks to get a seat, especially if they want to sit through 6 great bands from early afternoon and into the later hours of the evening. 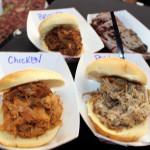 In between bands was the best time to make my way to the BBQ Alley and see what samples awaited me. Every vendor offered me pretty much whatever I wanted on their menu which usually included BBQ ribs, pulled pork or beef brisket. Since the sample sizes varied from a small cup sample to a full plate with sides, I was too stuffed to taste test every one of the 6 vendors selling sandwiches and platters in the “alley”. My first stop was Lucille’s which I had tried in the past thanks to Lucille’s on Wheels at various food truck events. Their shredded brisket was sweet, juicy and extremely tasty as usual. I would have forgone all other samples to just have a sandwich from their table. 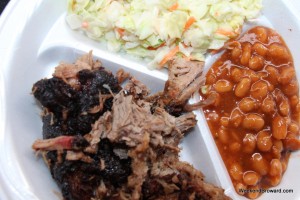 It was pretty much downhill from there as I sampled Dickey’s BBQ brisket platter. The coleslaw was delicious but unfortunately, the brisket had so many huge pieces of burned gristle that I could have broken my jaw had I really finished what they served me. Lastly, the brisket sandwich from the casino’s kitchen was so fatty that it was hard to believe that they were putting it onto a bun before cutting off the excess fat. I would have gladly cut it off myself rather than waste a good sandwich but without any tables, everyone had to eat standing up and made eating a rack of ribs or cutting through slices of beef brisket next to impossible. 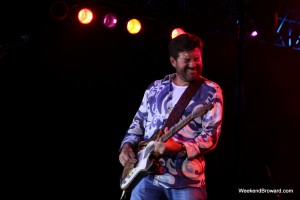 I was more than happy to wash this all down with more beer samples and the exhilarating, foot stomping sounds of Tab Benoit. Since this was the first year with the configuration of food and entertainment the way I described, I am sure that there will be some tweaks for next year and I just hope that with all my gripes about the food and crowds, they still invite me back!

One Response to “Blues Brews and BBQ – Looking forward”