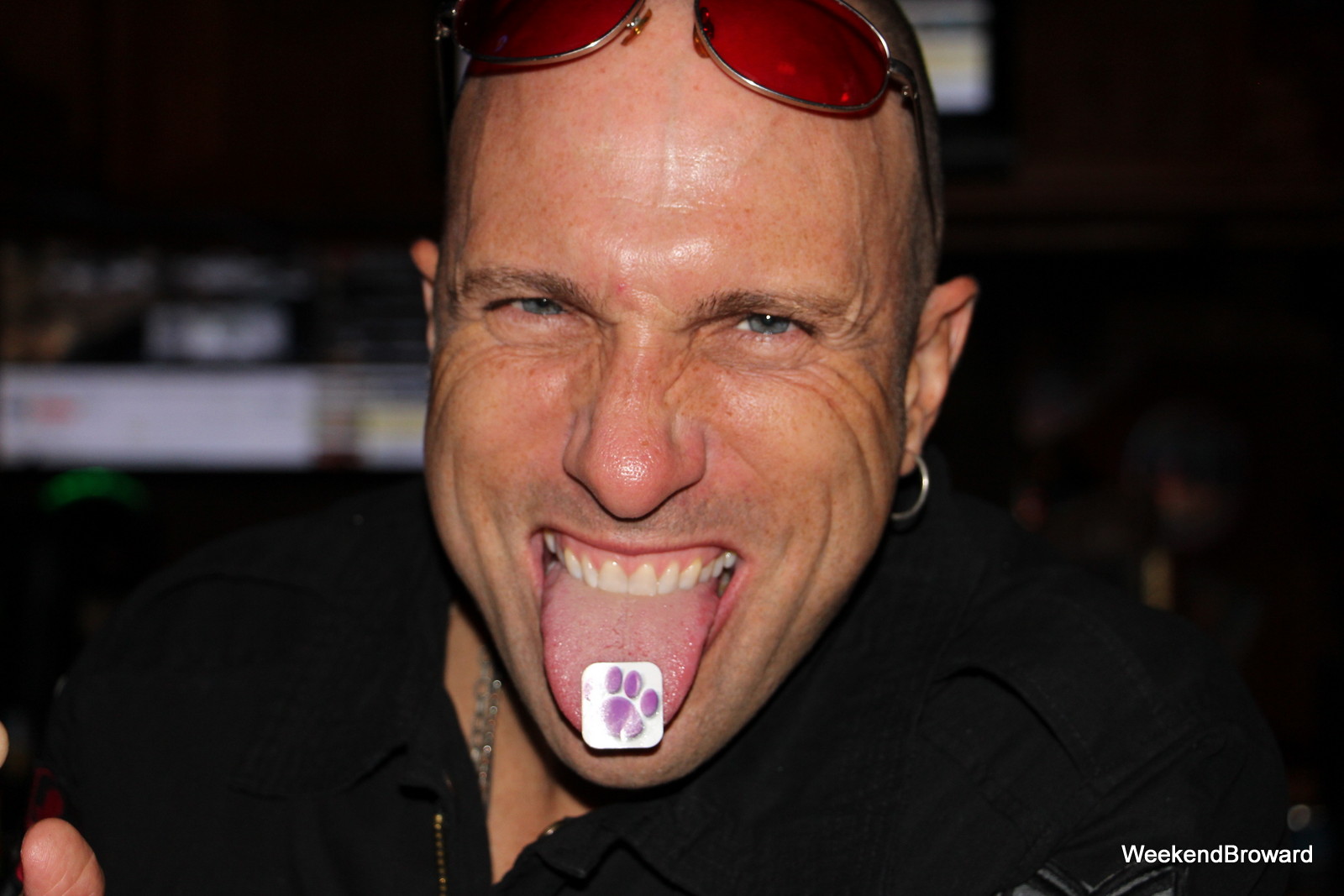 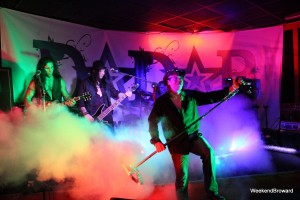 The competition among local bars and restaurants for cover bands in and around the Fort Lauderdale area is heating up and so are the field of candidate musicians to perform at the many venues offering live music two, three or more days a week.  Local fans will surely win out as bands go all out to impress them and insure that they get a call back for repeat performances.  It’s no longer good enough to just sound good.  Bands are finding out that a little extra investment in equipment can really pay off.  In the past, that would mean getting better PA’s and speakers or wireless mic’s for the lead singer and guitars to get out in the audience.  Rarely do I even hear feedback coming from the speakers and sound quality has now improved overall, no matter how large or small a room they play.  However, as I stated, just investing in better sound is yesterday’s investment. 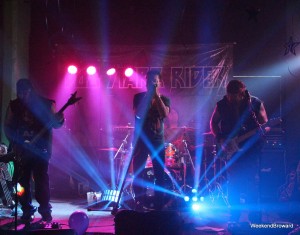 I’m not sure if it has anything to do with my complaints about taking pictures in the dark or the increase in the number of fans using cellphone cameras but bands with stage lights look a LOT better when their photo’s are being posted on Facebook, Instagram and other social networks in real time or the day after an event.  That’s one investment I really appreciate because camera flashes can wipe out the beautiful colors but the right amount of stage lighting can turn any local bar into a concert hall.   Even better, that sound guy that made the band sound better can now play with the lights too and make the stage look brighter at the same time! Some questions to consider regarding lighting:  If a bar gets too used to bands bringing their own equipment, will they start expecting it from everyone?  If lighting takes an extra hour of setup or hiring an outside company, should these bands charge more for the same amount of hours played or only bring lights when they are payed extra to cover costs? I think that if venues feel that lighting adds to the concert experience and makes their stage more entertaining, they really should look into a permanent installation and not rely solely on the bands to bring their own. 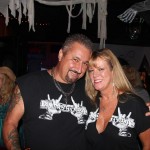 Speaking of making stages look better, I have noticed more bands getting bigger banners to cover up the existing decor and promote the band’s name is a nice touch.  Of course, the banner should also have the band’s website and Facebook page promoted so fans can LIKE the band before they leave for the night. 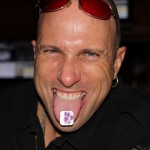 With the added quality sound and lighting, the line between bar and concert venue can start to blur! Same goes for the lines between cover bands and original bands when it comes to self promotion.  It used to be that only original bands would sell branded merchandise hoping to make it big some day.  However, some local bands have decided to brand themselves too,  creating a loyal following by investing in branded merchandise, even if they will never sell a million CD’s.  The branded merchandise creates a better sense of loyalty and makes seeing the band with other fans wearing their merchandise more like a concert-going experience. 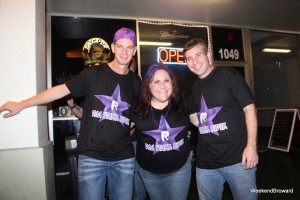 One recent example of a band going the extra mile is Down Durty Boyz.  This 80’s rock cover band tries to put twists on the classics and sells $5 souvenir shot glasses in between songs and t-shirts in different styles and colors in between sets!  Not to be outdone by their brethren, another new band on the scene, Dog Starr Rider, gives out dog paw stickers and dog tag necklaces to their fans.   The bands are finding out that their fans have a better time, stay longer and make the bars more money as a consequence.  Some other musicians are probably balking at the thought of having to give up time usually spent putting together set-lists to brainstorming over the latest gadget to brand with their band’s name.  Whichever side you are on, it seems to be a win-win for everyone.  My feeling is that as long as the band keeps sounding and looking good, they have my blessing to do whatever it takes to keep me from leaving my seat to see the next band!

1 thought on “Cover Bands Up The Ante in Broward County”