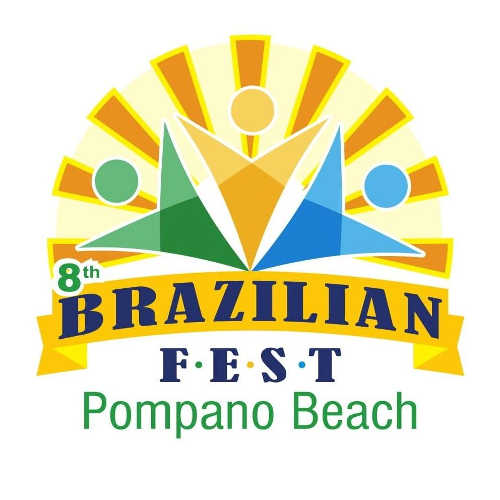 In addition to headliner Iza, three additional concerts will take place, including: Biquini Cavadão, the iconic, legendary and nostalgic Brazilian rock band from Rio De Janeiro who has been performing since 1985; Di Ferrero, the lead vocalist for NX Zero, an emocore band from São Paulo; Sandamí, formerly of the Sambô group, which is celebrating 100 years of Samba; and, for kids and families, Lucas & Vinicius, the country duo featured on the TV show “The Voice Kids.”

The main stage will pay tribute to colorful Brazilian art. The stage design, called “Journey of the Mind,” will essentially be a giant, vibrant canvas.

Of the 45 food vendors in attendance, an abundance of multicultural cuisines will be served including sushi, Greek, Indian, Mexican, BBQ, açaí bowls, and multiple styles of Brazilian food including traditional churrasco, acarajé and pão de queijo.

“We have a variety that is unbelievable,” said Sameli. “The festival is becoming one of the largest multi-cultural food festivals of the year”

While the cultural focus of the festival is Brazilian, Sameli says he believes the festival is helping to establish Broward County as a “multi-cultural capital of Florida.”

Iza’s powerful vocals and ability to mimic the sounds of superstars such as Beyoncé, Rihanna and Sam Smith quickly earned her viral attention in her home city of Rio de Janeiro where she quickly rose to stardom recording cover songs on her self-titled YouTube channel, which has since garnered more than 500 million views. Her online popularity and vocal talent gained her a contract with Warner Music Brasil, which helped her to record her album “Dona de Mim.” That album was nominated for a 2018 Latin Grammy award for Best Album of Contemporary Pop in the Portuguese Language. Iza was recently featured on the covers of Brazil’s Marie Claire, Nova Cosmopolitan and Women’s Health magazines. She was named by Billboard Magazine as one of the “Five Female Latin Artists to Keep on Your Radar in 2019,” and named by Brazil’s Vogue the “Real Queen and Inspiring Brazilian Muse.” Iza was also invited to become a judge on Brazil’s music competition show “The Voice.”

“To attract a superstar as notable as Iza to Pompano Beach is remarkable,” said Luciano Sameli, the festival’s co-founder and organizer. “It is a testament to how successful the Pompano Beach Brazilian Festival has become.”

Sameli said the Festival has attracted such famous Brazilian talents because it is the largest Brazilian Festival in the Southeastern U.S. and brings in crowds of more than 20,000 people over the course of two days. Pompano Beach has a large and vibrant Brazilian community, and attracts many Brazilian tourists.

Based on Brazilian television subscriptions and U.S. census data, it is estimated that approximately 360,000 Brazilians live in Florida — the largest Brazilian population in any state of the country. In addition, 993,000 Brazilians visited Florida in 2017, and over a million in 2016 (according to Visit Florida, the state’s official tourism marketing corporation). Brazil ranks third in the world for providing Florida with the most tourist visitors behind Canada and the United Kingdom.

HISTORY OF THE FESTIVAL

Understanding Brazilians as an integral and essential part of the local population and culture, former Pompano Beach Mayor and current Broward County Commissioner Lamar Fisher saw the need in 2012 to create the Brazilian Festival as a way to celebrate and connect the community. He recruited Sameli, who at the time was working for a Brazilian television station, to help plan the first festival.

“This is the most important event of the year for our Brazilian community,” said Fisher. “We are so proud to host the event in Pompano Beach. The event displays the true flavor and culture of our Brazilian community; the entertainment is overwhelming; the food is authentic and once you attend the event, you can’t wait for it to happen again.”

Since the festival first started in 2012, it has roughly quadrupled in size and extended from one day, to two. In the last eight years, the festival has generated approximately $700,000 in revenue from food vendors, 2,100 temporary jobs and donated more than $40,000 to local institutions. In addition, it has contracted services from approximately 150 local businesses, and helped more than 400 local small businesses with brand exposure.

VIP Tickets: $ 45 per person per day or $80 for 2-day pass.  Includes access to The ECO VIP LOUNGE – built and decorated with Recycled Materials and privileged view of the ECO MAIN STAGE. VIP Guests have access to a reserved, high end, and top notch LOUNGE including small bites served at no additional cost between 4pm and 10pm. 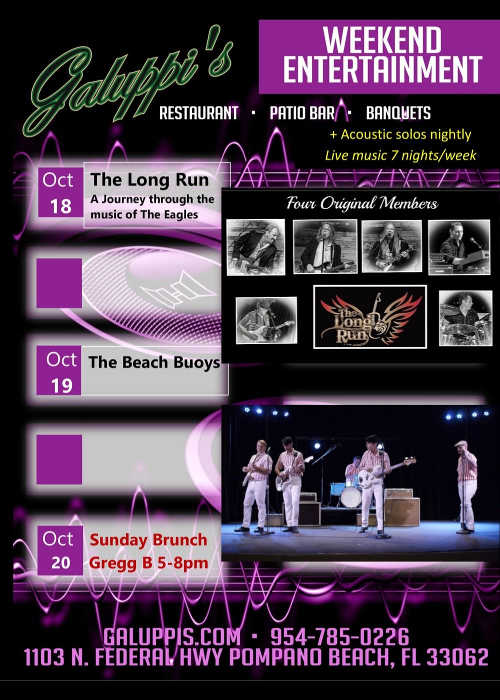