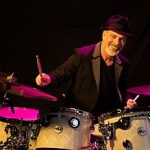 The legendary music of Chicago will come alive on Sunday, February 16th in Boca Raton when Chicago co-founder and Rock & Roll Hall of Fame inductee Danny Seraphine brings his band to The Boca Black Box theater for two powerful shows. With a world-class band and powerful horn section, CTA performs Chicago’s classic hits from the ’70s such as “25 or 6 to 4,” “Feeling Stronger” and “Saturday in the Park” and also includes the 80’s power ballad era including “Hard Habit to Break, “You’re the Inspiration” and “Look Away.” It’s a night of nothing but classic hit music with Danny Seraphine’s Take Me Back To Chicago Tour.

The Boca Black Box Theater is a 285-seat entertainment venue established in August 2015 in Boca Raton, FL created to bring affordable, entertainment in a comfortable, New York style setting. Included alongside the theatre style seating (chairs facing the stage), are six VIP tables which can accommodate up to eight guests each. The theatre is located in Boca Raton, on Glades right near the turnpike and is available for booking private events. Visit bocablackbox.com for more information.

Tickets can be purchased via Boca Black Box online.

A limited number of discounted tickets may be purchased via Weekend Broward for $37.45+s/c

New order will affect hours for some live music which often exceeds 10pm. Check your venue for new hours and/or cancelations.

Broward County issued Emergency Order 20-21 today w guidelines for restaurants, gyms, vacation rentals & more, effective 12:01 am, July 10, 2020. Yes, the above may remain open but measures MUST be followed or we'll be forced to rollback.

Grammy Award-winning singer-songwriter and Rock and Roll Hall of Famer @John_Fogerty has recorded new music for you. Will you join him on Saturday for the fortieth-anniversary presentation of A Capitol Fourth? 8/7c on @PBS. #July4thPBS