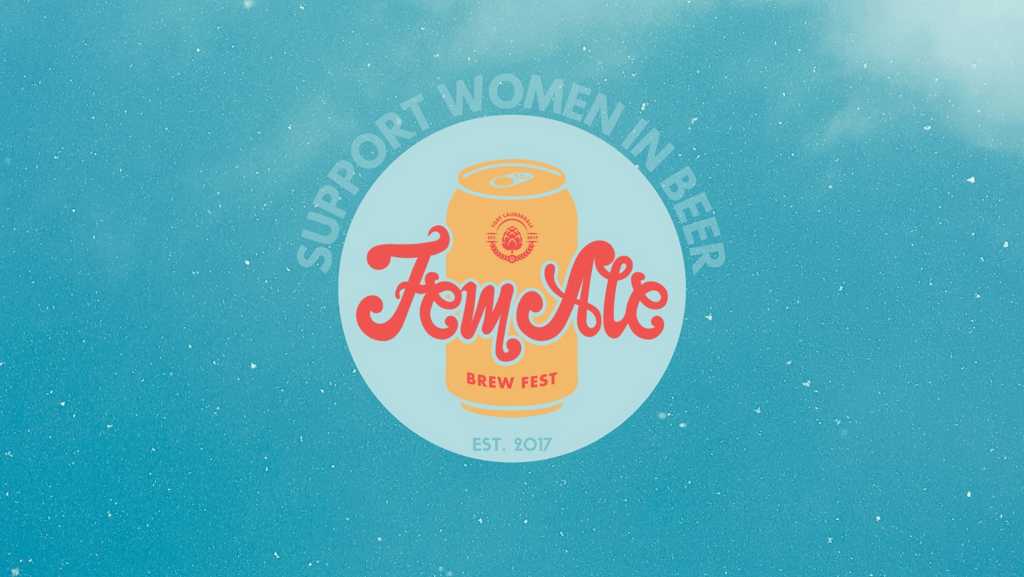 Fem Collective presents the 6th Annual FemAle Brew Fest on September 17 at the 96-room Kimpton Goodland – Fort Lauderdale Beach from 1:00 pm to 5:00 pm. The pioneering festival celebrating women in brewing will be taking over the 96-room hotel again, with festival attendees taking advantage of the popular Beercation package – an all-inclusive package that includes accommodations and two tickets to the festival (just outside their doors).

So far, the festival has 16 confirmed breweries, with new additions being added continuously. As the festival enters its 6th year, it has solidified itself as one of the most enjoyable craft beer festivals in South Florida, and its founder continues to contribute to the craft beer industry worldwide through her board position on the Pink Boots Society, speaking engagements and introducing female brewers and craft beer to Art Museums, Cities and Universities across Florida.

The festival organizers are also working with the hotel chef to create a special festival menu, and the rooftop experience will include a selection of breweries that will have a backdrop of one of the best views of the intracoastal and Fort Lauderdale Beach.

“Hosting the festival at this boutique hotel gives this female-centric beer festival a unique ambiance and gives the amazing women participating in the festival the opportunity to network, connect and reconnect in a setting that is not only relaxing but empowering,” says Frances Antonio-Martineau, Founder FemAle Brew FestTM / Fem Collective.

The festival will also continue its traditions of female-led bands, resident festival DJ LaTrice Perry, and vendors in addition to adding the opportunity for brands to create activations and pop-up shops throughout the hotel property and in select rooms that open out into the private courtyards where the participating breweries will be stationed.

The festival will be donating a portion of its proceeds to Abandoned Pet Rescue (APR) – a 501(C)3 IRS tax-exempt, qualified non-profit charitable organization founded in 1996. They rescue and shelter abandoned, abused, and neglected pets, rehabilitates them, and finds them new homes. APR is one of the largest no-kill animal shelters in South Florida and is devoted to the welfare of all animals.

The Kimpton Goodland is pet-friendly and has no restriction on types or size, which means pet owners can bring their fur babies with them to join in on the fun.

For years, women in the Beer industry have been overshadowed by their male counterparts. FemAle Brew Fest will host a panel of female beer experts and brewsters to give the public better insight into the beer industry from a different perspective. The festival will highlight women who have been shattering glass ceilings and clearing pathways for other women looking to get into this growing industry.

The festival will limit tickets to 400 attendees including 76 hotel rooms from the Beercation Package. All Breweries, Volunteers, Vendors and Brands interested in activations are encouraged to reach out to the organizer at [email protected]

Tickets must be purchased in advance online

Additional Food and beverages will be available at the Kimpton Goodland restaurant Botanic.

More information at: www.FemAleBrewfest.comTickets are on sale, and interested Breweries, Volunteers, Vendors and Brands interested in activations are encouraged to reach out to the organizer at [email protected]