The two-day festival is one of the Southeast region’s longest-running and largest multicultural festivals. For eleven years, the Festival has gathered crowds in the thousands and aimed to promote a message of global unity and environmental responsibility. This year’s festival is  themed “Love Letter to the Amazon Forest” and will both honor and promote the well-being of one of the world’s most important and biologically diverse natural ecosystems. The Amazon, which has seen a recent surge in devastating wildfires and deforestation, plays a critical role in regulating the world’s oxygen and carbon cycles.

On Saturday at 4pm, a colorful carnival parade with percussion and Samba dancers will dazzle festival-goers. Following the parade, performing on the main stage at 6:30pm, will be Maneva, a five-piece reggae band from São Paulo who have performed for almost two decades and is aptly named after an African word meaning “pleasure.” The band’s smooth vibes have pleasured ears around the globe, earning the band a Latin Grammy nomination for their song “Lágrimas de Alegria.” The band will be performing songs to promote the recent release of their album “Tudo Vira Reggae,” which was also transformed into a profound audiovisual project promoting social change and global unity called “Mundo Novo.” Maneva’s music has become a voice for global activism.

Performing on the main stage Saturday, at 8pm,  will be Vitor Kley whose song “A Tal Canção pra Lua” was nominated for a 2020 Latin Grammy for “Best Song in the Portuguese Language.”  And just last year, his album Bolha was nominated for “Best Contemporary Pop Album in Portuguese Language.” The pop-rock artist’s hit song “O Sol” has more than 265 million views on YouTube, and his 2018 album Adrenalizou received platinum certification in Brazil for more than 80,000 copies sold.

Between the main acts Saturday and Sunday, acclaimed Music Producer Ruxell will spin some funk sets. He will be playing hits from his new album “Peace, Love and Grave”, which is at the top of Spotify’s hit charts. Ruxell has produced big names in music, such as Anitta, Pabllo
Vittar, Gloria Groove, Lexa and Iza. Ruxell got his start backstage by mixing the beats of funk carioca with bass and trap. The music composed and produced by Ruxell today has 4 billion plays on Spotify

On Sunday, two of the biggest names in Samba will take the Festival’s main stage. The iconic samba group Fundo de Quintal is celebrating 45 years together as a band. The seven-member group is known as the forefather and innovator of Pagode, a style of Samba that incorporates unique instruments such as the tan-tan, hand-repique and banjo. The group won a 2015 Latin Grammy Award for best Samba/Pagode album, and in 2016 was nominated again in the same category. They have exceeded 10 million streams on digital platforms and have recorded 22 studio albums and 10 live albums.

Pagode diva singer Karinah will also perform Sunday at 6pm. The stunning singer with superstar flair was the first singer to lead the Beija Flor Samba School at Rio Carnival in 2022, and has successful partnerships with singer Alcione, Belo, Mumuzinho and Dudu Nobre,
among other names in Samba and Pagode in Brazil.

In addition to the Festival’s centerpiece music stage, the Festival will feature global cuisine from a range of local restaurants, dozens of exhibitors, a kids zone, foot volley tournament, art displays and dance performances. A carnival parade with percussion and samba dancers will take place Saturday at 4pm.

In 2019 the Annual Brazilian Festival invested $232,000 in Brazilian suppliers, contractors and labor. In eight years, the festival provided 3,200 temporary indirect jobs, generated more than $40,000 for local institutions, contracted services from approximately 267 local businesses, helped more than 2,100 local exhibitors with brand exposure and generated more than $800,000 for local food vendors.
In 2020, at a time with the pandemic was taking its toll on small businesses, artists and musicians, the 9th Annual Brazilian Festival was held with the sole intent to provide financial assistance to more than 75 local and out-of-state artists, and 65 professionals in culture, art and entertainment. The Festival complied with all safety protocols required by health authorities. In 2021, the Brazilian Festival celebrated 10 years, moving the Festival to a new location on Fort Lauderdale Beach and breaking record sales in food spaces.

General Admission Tickets can be purchased, in advance, online for $20 at BrazilianFestival.org.

VIP Tickets can be purchase, in advance, for $80.  VIP ticket holders get access to a reserved area with a dedicated cocktail bar, located in front of the Main Stage. (Beverages not included)

Kids under the age of 12 are free.

Free Parking and VIP Parking are both located at the Park. 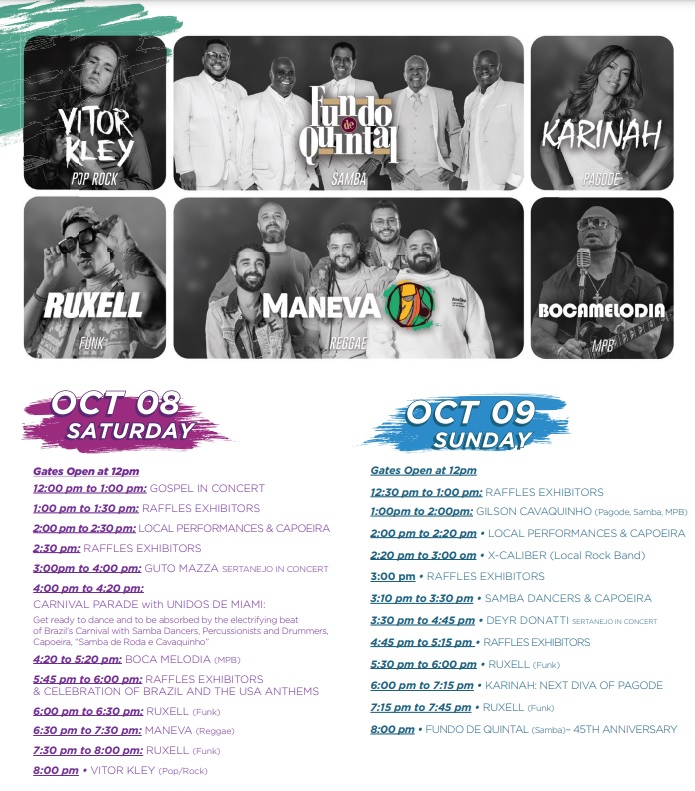 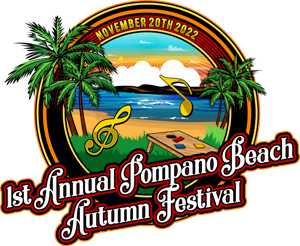