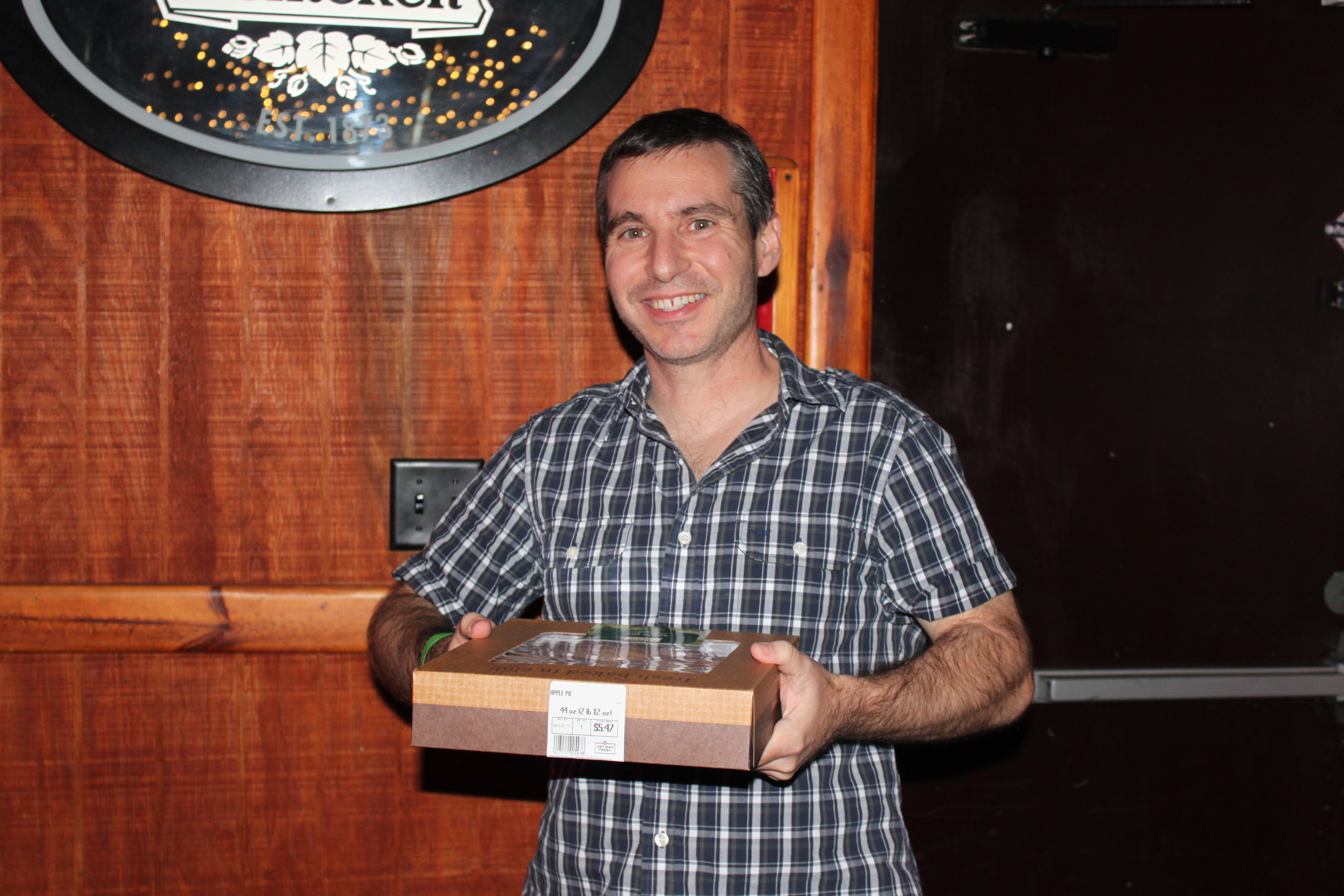 This year, Thanksgiving falls on Thursday, November 28th.  Since the majority of American workers will be off that day and the festivities don’t usually start until the afternoon, it has been tradition to visit your local bar to meetup with friends and have a drink or two on the night before Thanksgiving. When I Google’d the Night Before Thanksgiving Drinking, I found Urban Dictionary with a name for this day – Black Wednesday.  According to the definition, it is “the biggest party night of the year“.  And they go on to say that this day was NOT made up by marketing geniuses.

So, how did the day before Thanksgiving become so popular that it is now known as one of THE most popular nights to go out drinking, in line with St. Patty’s Day, Halloween, Cinco de Mayo and New Year’s Eve?  From what I have read, a lot of college students come home for the Thanksgiving holiday and enjoy seeing friends in town the night before they gather around the table with their family.  That makes a lot of sense to me!  I will extrapolate that as these college students aged and matured, the tradition stuck and voila! 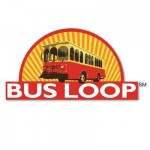 Now that I have convinced you that you should make an exception by going out on a Wednesday night instead of waiting for the weekend, where can you go for live music this November 27th 2013?  It looks like Downtown Fort Lauderdale is going to be abuzz with the 20-something crowd enjoying the 12th Annual Gobble Gobble Street Party at Tarpon Bend on 2nd street starting at 7pm.  As if that were not enough, the infamous bus loop will be going “turkey” this year and dropping people off at  The Dubliner, Tarpon Bend, Shuck ‘n Dive, Waxy O’Connor’s , Quarterdeck, Shula Burger, Cold Stone Creamery, and America’s Backyard. Check out www.busloop.org for more details. 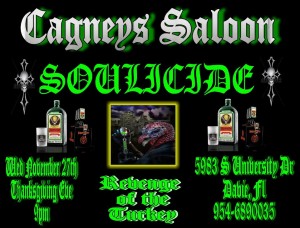 All your favorite biker bars will be doing something special too.  Chit Chats of Pompano Beach always has a great Wednesday “bike nite” and this one will have the annual PIE giveaway and feature a local favorite band – Shovel-Head.  On the other end of town, Cagney’s Saloon in Davie will be having what they call a “Revenge of the Turkey” party with the perfect band the occasion – Soulicide.   Up in Margate, newcomer to the scene O’Meara’s Irish Pub, will not be outdone and has invited the Sooner or Later band to entertain the mix of bikers and non-bikers who will be dropping by for a drink on Wednesday. 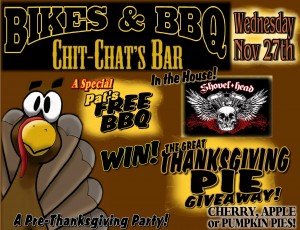 In Hollywood, you might want to check out Stone Mojo,  a great local party band, at Whiskey Tango.  There are several events posted on the Weekend Broward live music events calendar right now but I can guarantee that many more will be posted as we approach “Black Wednesday” so keep checking back.

Whether you decide to stay in or go out and support your local band at your local bar, I would like to take this opportunity to wish all my readers a Happy Thanksgiving and let’s not forget a joyous festival of lights for my Jewish friends too!

Rob aka The Weekend Concierge