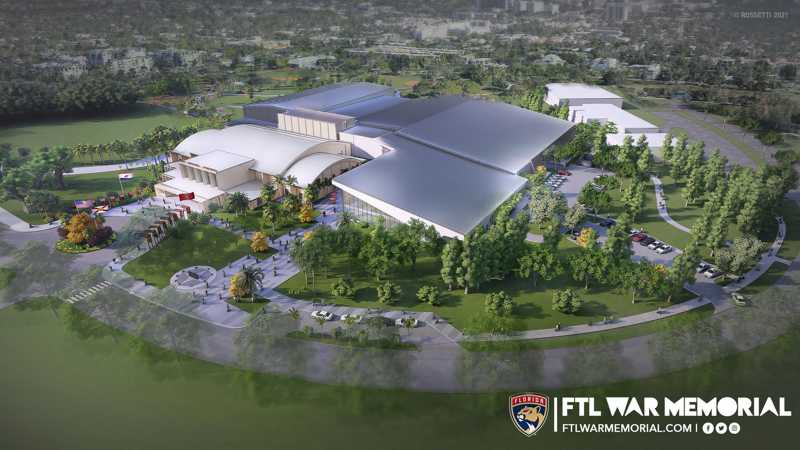 The Florida Panthers organization’s revitalization of the War Memorial Auditorium and construction of a new state-of-the-art practice and community ice facility in Ft. Lauderdale is now fully underway and slated for a Summer 2022 debut.

Originally announced in April of  2019, the Panthers privately financed $65 million War Memorial Auditorium revitalization, created through a public-private partnership with the City of Fort Lauderdale, marks one of the largest revitalizations of a community space in South Florida since the onset of the pandemic.

The Panthers-led War Memorial Auditorium revitalization project will not only restore the iconic landmark to its original glory through an adaptive reuse of its existing structure, but transform Fort Lauderdale’s largest community park into a vibrant sports, entertainment, and recreation destination for all members of the community.

Upon its completion, the new ROSSETTI-designed 144,000 sq. foot sports and entertainment venue will house South Florida’s first-of-its-kind ballroom-style concert and performance venue, capable of accommodating up to 3,800 people for intimate live music and events. The redesigned theater will carefully preserve the iconic War Memorial Auditorium’s classic art-deco character, while new enhancements and technical upgrades will modernize the space to accommodate global tour productions and larger-scale events. The auditorium will also continue to serve as an honored memorial for the Broward County community’s military veterans under the stewardship of the veteran-owned and led Florida Panthers.

The addition of a state-of-the-art practice facility will feature two regulation-sized indoor ice rinks, including a dedicated public rink that will host a robust variety of youth and adult hockey programs, public skating, and figure skating for community members of all ages. The Panthers practice rink, which will primarily be used to further support community ice programming, will also feature stadium seating for up to 1,000 fans during practices and training camps. The facility will also be home to the Florida Panthers Foundation’s Youth Hockey Scholarship program, launching Spring 2021 in partnership with the Boys & Girls Club of Broward County.

“We’re deeply committed to Broward County, and believe that the addition of this world-class sports & entertainment venue in the city of Fort Lauderdale will not only provide a unique and exciting opportunity for our players to connect with fans, but create a vibrant, centrally-located recreation destination where local families and members of the community can have fun and stay active,” said Panthers President and CEO Matt Caldwell. “As we look to meet the demand of a rapidly-growing Florida hockey community, our youth hockey and hockey scholarship programming as part of this new facility will work to further diversity and inclusion by providing a younger, more diverse generation of local kids with increased access and exposure to the sport.”

“War Memorial Auditorium has served as a pillar in our Fort Lauderdale community for more than 70 years, and its revitalization will bring new life to an important and iconic social hub,” said Fort Lauderdale Mayor Dean Trantalis. “This project will serve as an example of an innovative public-private partnership and will create a unique space for our residents to safely gather with each other once again.  The project coupled with the renovation of Parker Playhouse and planned Holiday Park improvement projects will change the landscape of our city’s ‘Central Park’ and become a true centerpiece of our city. As a city we are beyond excited to welcome the Florida Panthers and excited to play a part in their success and in the growth of hockey and figure skating in our community.”

“Through the careful preservation of the War Memorial Auditorium’s historic design, the completed project will carefully balance existing Civic Mid Century Modern aesthetics with a new public arts overlay and multi-use spaces for community recreation and gathering,” said Matt Rossetti, CEO of ROSSETTI.  “Working in lockstep with the Panthers, the project’s design will foster connectivity and diversity as a cornerstone, and seamlessly carry the War Memorial’s iconic legacy forward for years to come.”

Standing as a tribute to military heroes on the western end of Fort Lauderdale’s 93-acre Holiday Park, the historic War Memorial Auditorium first opened in 1950 as a popular music and entertainment venue, drawing U.S. Presidents and celebrity icons from Buddy Holly to world boxing champion Héctor Camacho over the decades. 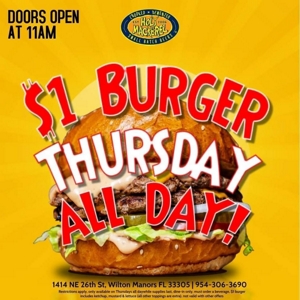