Hiring a band for your bar or restaurant can be compared with gambling at the casino – sometimes you win and often you lose! However, unlike the slot machines where you have little control over the results, a little skill can go a long way towards making sure you have the winning hand or should I say band? 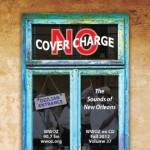 There is no question whether or not hiring live entertainment can bring in extra customers. The  big question is how do you want to recoup the investment?  You pretty much have three choices: Food, Alcohol, or Cover Charges.  Combine all three or pick just one.  If you choose to make your money only on alcohol, you need to make sure you sell a LOT of it to cover the extra expense of a band.  If you have FOOD for sale in addition to the alcohol, and it’s reasonably priced, you are well on your way to making back the investment in a live band.  The third option, cover charges, can either attract a greater audience or be a deterrent.  In order to understand why some venues choose to implement the “pay at the door” fee,  I asked a few owners and managers what kind of thoughts went into their decision.

First, I asked Al Poliak,who has been quite successful in filling his club, The Funky Biscuit, even with cover charges ranging from $5 to $15 on Friday and Saturday Nights.  Here is his response:

Hmm, cover charge…always a tough topic of discussion. Here’s what it basically comes down to. If people are content with, and are satisfactorily entertained by your every day run of the mill garage band playing the same old worn out cover songs through a suspect sound system, then there are certainly plenty of venues that do not charge a cover and provide that type of entertainment. On the other hand, if music lovers want to enjoy quality musicians, performing quality music in an environment specifically created to enjoy music at its highest level, then folks have to be willing to pay a little extra…especially at a local / musician owned venue. Large corporate owned venues sometimes offer great entertainment, and they have the $$ to provide the entertainment often below what it may cost a small locally owned venue like ourselves. However, if you ask the musicians (both local & national acts) where they would rather perform, who treats them better, and what is a better overall musical experience for both them and their audience, I believe you will find the overwhelming response will be a place like ours. At the end of the day, we struggle financially here at The Biscuit to continue to provide the type of entertainment  we constantly have here and that people have come to expect. I can assure you, it’s more about our passion and far less about the $$. That being said, we cannot do it without the support of the local community. We seem to be getting that support, we are certainly grateful for it, and we will continue work hard to provide it!

Al is not alone in some of his views.  Here are a few thoughts Kilmo Doome, musician and owner of Native Florida Tap Room & Music Hall shared with me:

I feel a cover charge is essential to remain profitable if you want to maintain quality entertainment. For some reason, South Florida audiences seem to remain resistant to paying for a band. It defies logic. Why should you expect to pay a favorite artist at a concert venue but not a smaller charge at your neighborhood music spot. Don’t they think an artist deserves to get paid? In reality, a GOOD band that is creative and interesting as opposed to a mundane weekend warrior cover band will eat up the lion’s share of your cash register ring making it impossible to maintain high quality entertainment and production without a cover charge. Casinos are a big part of the problem. They can afford to pay local and national artists out of huge gambling proceeds making it impossible for independent local venues to compete. They are the Walmarts of entertainment and are literally responsible for the decline of overall quality and choice in local music venues, thus driving them out of business. Local artists would serve their best interest if they were to insist on venues charging a cover for their performance, maintaining the value of their performance in the market. I’ve frequently seen such venues give away performances for no cover for artists that once got one. When they either change their booking policy or close up after achieving their real financial goals they leave an artist no longer able to get the money they could once demand now that the public is used to seeing them for free and legitimate venues not being able to afford them without charging a cover – consequently, fewer gigs.

Did I mention the 4th source of revenue, gambling?  Unfortunately, not too many venues have that option!

Most venue’s that do charge a cover usually reserve that option for the weekends.  However, Boston’s on the Beach recently begun charging a cover on Tuesday nights, so I asked General Manager, Mark Deatley, to explain.  Here is what he said:

We added a  nominal cover charge on Tuesdays to help offset the increase in costs of producing the events. We have been bringing in higher profile national and regional touring acts, so the door charge goes to cover the additional expenses of those bands, as well as their  hotel rooms, since we no longer have our motel. The cover will normally be 5-8$,with a couple of exceptions, such as 2012 BMA Soul Entertainer of the Year BMA Curtis Salgado, and later in October, Trampled Under Foot, we will be charging $10.00. These acts normally command ticket prices of $25-$40 in other venue, so we still believe there is tremendous value, and a unique opportunity to see these acts in such an intimate setting.

Lastly, I wanted to give some balance to this blog, so I asked Don O’Hina, Entertainment Director at Venom Rock Bar why their most recent event poster says “Never a cover”.  I wanted to know if he had good or bad experiences in the past with cover charges. 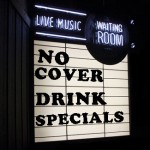 I personally do not like charging a cover for Bands. There are so many choices when it comes to Live Music, I think it’s better to get people in the door so they can see what your Venue has to offer! I don’t ever like to turn anyone away over a Cover!

As someone who visits more than one venue a night, I have to agree with Don – why should I pay a cover to see a band I have never heard of before?  On the other hand, you can side with the track record of a venue – some are better than others at picking the kind of bands that suit your style, even if you have never heard of them before.  If they do their research right, managers should know which bands are worth the extra charge because if they get it wrong, the fans will not return and they lose their gamble.  As you can see, there are two sides to every story and I hope that by shedding some light on the question, everyone will win!

2 Responses to “TO COVER OR NOT TO COVER?”