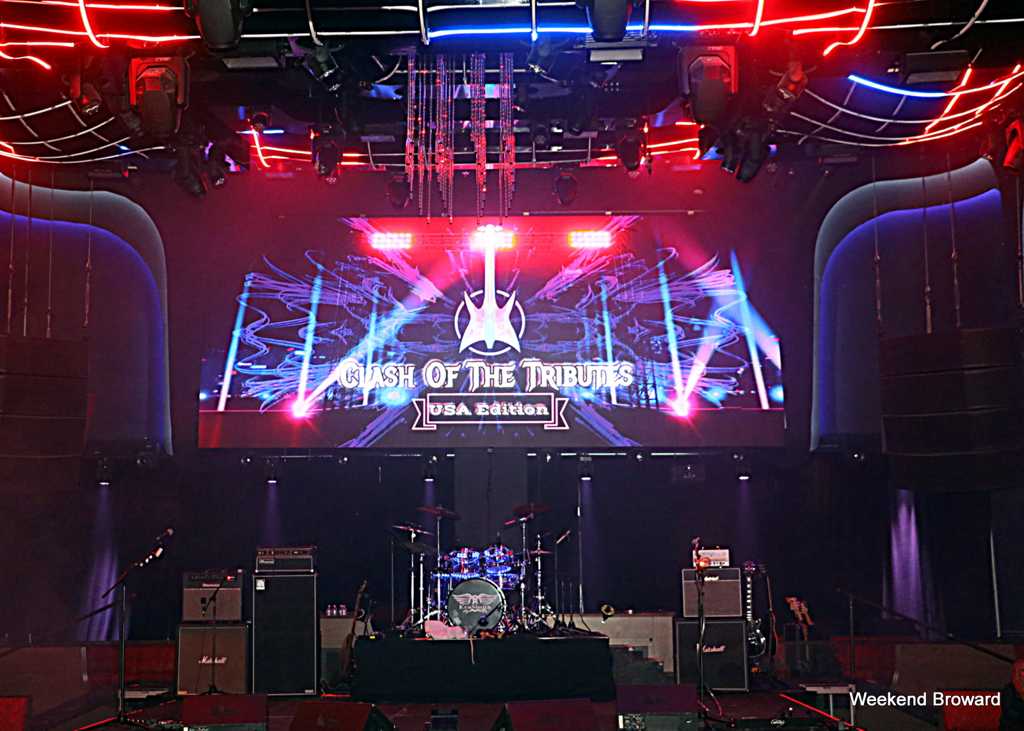 There are tribute bands and then there are cover bands. Cover bands play songs from a number of different artists, within genres or across time periods. These are the guys and gals who dress casually and perform at a friend’s birthday party and the local watering hole. Tribute bands adopt the style, mannerisms and music of a particular band and their success depends on how well they can approximate the experience of seeing the original in a concert setting.

UPDATE JUNE 28 – Season 1 has been reduced to 8 episodes vs original 13. New venue to be announced for Season 2.

Clash of the Tributes, the television series, features the best tribute acts from across the country and with the help of millions of television viewers, one band will be crowned a winner each season. Along the way, select bands will take home valuable prizes.

Clash of the Tributes is much more than a music competition of the passionate and sometimes the disillusioned. This powerful series tells the story of 26 tribute bands across 13 episodes, in 60-minute segments. In addition to the concerts taped in front of live audiences at Daer Nightclub inside Seminole Hard Rock Hotel & Casino in Hollywood, viewers will experience artists’ back stories including dreams, disappointments, marriage breakups, bankruptcies, mental exhaustion and more. Then there’s the rush….the need for fan adoration and connection.

With live tapings beginning Wednesday, April 21st and continuing weekly until July 14th, Season 1 will be made available to all 350 PBS affiliates in the fall of 2021. Video on Demand will be available shortly thereafter.

HOW TO GET TICKETS TO LIVE TAPINGS WEDNESDAYS

Tickets to be in the studio audience for any of the 13 episodes / 26 performances can be purchased on the official Clash of the Tributes Facebook page. All performances / filming takes place at the Seminole Hard Rock Hotel & Casino, inside the state-of-the-art DAER dayclub/nightclub.

A limited number of VIP tickets will be made available at $35 each and includes a commemorative t-shirt.

A Welcome Party and Sound Check Jam with competing bands will take place on the day before the live tapings at the Bahia Mar Fort Lauderdale Beach poolside, each Tuesday from April 20 to July 13, 2021 . Tickets are $15 each and can be purchased in advance via the official Clash of the Tributes Facebook page.