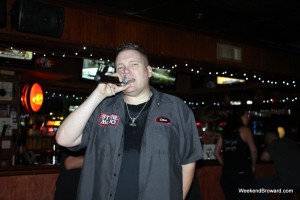 Ch-ch-ch changes….to quote Davie Bowie and the recently seen mantra of popular cover band Stone Mojo, change is a good thing.  And timing is everything.  When another popular band, Furious George, disassembled due to the retirement of lead singer George Volpe, it was about the same time that Stone Mojo was feeling the need to shake things up a bit.  With that, the decision to merge four
musicians led to the revised lineup of Stone Mojo.  Take lead singer David Terrell, bassist Bobby Sherman and and 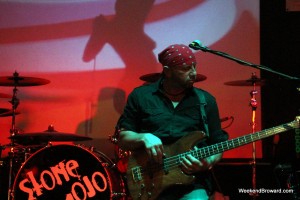 Furious George drummer Rodrigo Valente and guitarist Enrique Blanco and your result is a huge energy and a rock-solid foursome.  Each member has many years of experience playing in successful bands all over South Florida and their sheer love of playing music should be quite evident at their first gig. 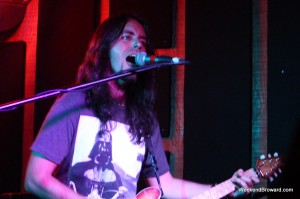 The band’s message is simple: A fresh mix of songs, new energy and an overall desire to make every show enjoyable for the crowd.  The foursome will be bringing to their fans a melting pot of rock, pop, country and everything in between.  Be prepared for killer vocals and harmonies and a kickass repertoire! Since both bands have been on the 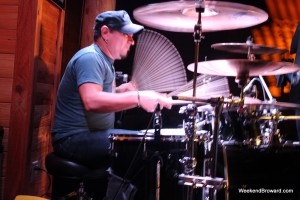 scene for years, and both represented by Judy Blem and Main Event Talent Agency, their faces are quite familiar.  So it’s no surprise that their new merger is already gathering excitement from fans of both bands, and the four are ready to bring their energy, their talent and some surprises to all of South Florida.

The new Stone Mojo debuts on September 13th at Cheers in Fort Lauderdale.  You can check out their upcoming gig schedule and take a peek at new logos, pics and info about all four members on their website www.stonemojo.com and Facebook page  www.facebook.com/stone.mojoflorida.