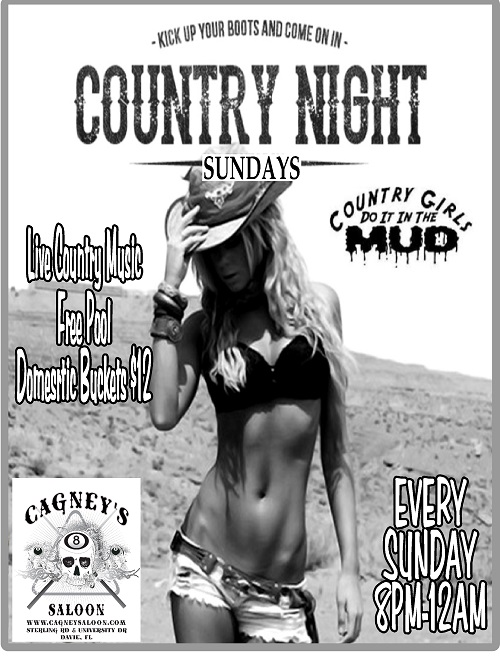 Local bar owners and managers are always on the lookout for something new and different to offer patrons and over the past few months, a new trend has been taking seed and now starting to grow.  The biggest problem that bars complain about is how to fill the seats in the middle of the week.  That is why they offer everything from pool and dart tournaments to karaoke and free buffets.  During the month of October, a record number of venues will either continue or begin to offer Country Music nights.  Here’s a rundown of what you can expect to see and hear this month alone, according to the WeekendBroward calendar.

Mardi-Gras Casino in Hallandale – Every Sunday night at 7pm-11pm.  Bands this month include Shadow Creek and The Rodeo Clowns. 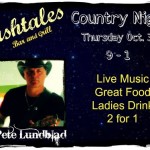 Fishtales on 33rd – Every Thursday night at 9pm-Midnight.  It’s also ladies night with 2 for 1 drinks! The month of October will get started with Pete Lundblad on October 3rd followed by the Nash Carey band on October 10th.   Come hungry because they have great dinner specials – especially seafood.

Also on Thursday nights, Lulu’s Bait Shack, located on Fort Lauderdale beach, features their Country & Western night starting with Rough Shot on October 3rd, Ciara Rae on October 10th, Shane Duncan on the 17th and Andrew Morris on the 24th and Blue Audio on the 31st.

Noticeably missing from the weekly list of places to see live Country bands are two venues in Davie that tout themselves as Country Music clubs – The Roundup and  Cowboy’s Saloon.  A quick search revealed that The Roundup will have Brett Eldridge on October 10th but it is sold out.  Cowboy’s Saloon is advertising $15 tickets to see Craig Campbell on October 3rd. Other than that, both venues consider themselves as nightclubs rather than live music venues and rarely have a free live band. 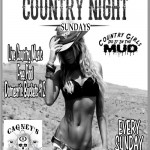 Brand new to the Country Music Night weekly listings is Cagney’s Saloon in Davie.  Beginning Sunday, October 6th, they will be testing the waters with Sucker Punch followed by Shadow Creek on October 13th.  If all goes according to plan, you can expect to see free country music bands from 8pm-Midnight every Sunday night in Davie. 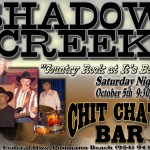 Another local “biker bar” Chit Chats is also testing the waters this coming Saturday night (October 5th at 9:30pm) with local favorite, Shadow Creek – offering a blend of both Rock AND Country.  Another band that plays both sides is Rough Shot and they will be at Gamaroff’s Bar & Grill in Cooper City this Friday night from 8pm-Midnight.

Maggie Baugh will be playing at the grand opening of Indian Motorcyle of Pompano Beach on October 26th at 11am.

Tom Jackson will be at Maguire’s Hill 16 (Irish Pub in Fort Lauderdale) on October 19th, starting at 9pm.

It’s amazing how many country bands there are out there, especially when you ask! I have noticed that many are based in Palm Beach County and I’ll try to cover some of those in a future blog.  In the meantime, if you are a fan of country music, make sure you support your favorite bands by showing up for their shows and letting the venues know that you appreciate their taking the time to find great local country bands – we know they’re out there!